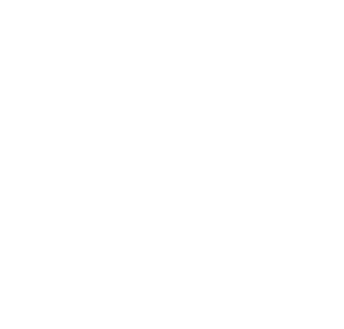 We would have never opened The Alley if I hadn’t grown up in an alley. Our story begins in 1901 when my grandfather, Achille Vincienzo Salvatore Greco, (a.k.a. Pa) was chased out of Calabria, Italy by my great-grandfather after Pa dumped a wheel barrel of wet cement into the family garden. Pa, as my aunts like to say, “wasn’t no dummy.” Pa hopped the first boat to America and kept running until he settled in a small steel town alley in Southwestern Pennsylvania. Pa married my grandmother, Liz Costa, and together they had nine (9) daughters and two (2) sons.

The alley was a special place filled with grapevines and fruit trees, and where the sentiment “cooked for an army” was commonplace and true. Years later, as work took many away from the alley, my mother remained there. Some of my favorite childhood memories are the times when the rest of the family made a special trip to visit the alley. During those times, the alley would come alive again. Ma’s kitchen heated up once more like a blast furnace, before transforming into an olfactory heaven of pork chops, salads, italian herbs and bubbling tomato sauce. As platters of gnocchi, ravioli and rigatoni were tossed around like frisbees, we laughed and yelled above the A.M. radio tunes. After dinner, cigarette smoke rose into cumulus clouds and Ma plated coffee and biscotti.

We didn’t have a whole lot of disposable income growing up, but Ma always had the resources to cook for others. In good times and bad times, when someone was ill or someone got married, Ma found a way to make a spread. During that time, I asked her why she didn’t charge people for the food. She replied with a pretty stern, “You don’t charge people at times like this, it’s just what you do.” And so, with my mom in mind, along with my love for our alley and the people who populated it, I want to honor and continue their tradition of offering the freshest ingredients, the best piping hot food, the coldest drinks and a feeling of togetherness. Yeah, I may have to charge a little. I know Ma said “You don’t charge people…” but she lived in an alley, what did she know?! Welcome to The Alley. Pull up a chair and share your story.

Shawn and Christy met in 2002 in Nashville.  After college they moved to Texas where over the next 12 years they married, had three rowdy but awesome boys, and developed their idea for the restaurant.  Christy baked, Shawn planned, and finally they took the leap of faith.  This had been in Shawn's blood since he was 14.  This was in his soul and Christy knew he wouldn't be right if they didn't give it a shot. In June 2014, they sold their house in San Antonio and moved back to Murfreesboro. In September, they took over the lease at 223 W. Main and began the transformation.  They made big decisions in the dark on sleepless nights. They had a lot of conversations at 3am.  November 10, 2014 they opened the doors, crossed their fingers, and hoped people would embrace their idea.  Word spread and people came, and they passed their first year, then three more.  People come to the Alley and see their friends at neighboring tables.  They share hugs and handshakes.  The Alley is about family and community, just like they'd hoped.